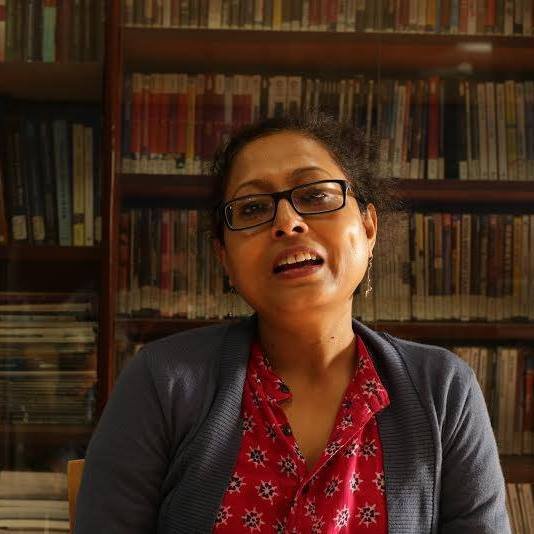 Rongili Biswas is a bilingual writer and musician based in Kolkata, India. She writes in English and Bengali (her mother tongue). She has published a novel and a collection of short stories and has edited three books. She has also published fiction, creative non-fiction, memoirs, travelogues, features and reviews in journals, literary magazines and periodicals including The Telegraph, Plum Tree Tavern, Danse Macabre, Ariel Chart, Potato Soup Journal, Down in the Dirt, Café Dissensus, Raiot, thespace.ink, Mad in India (Tendance Floue Editions), Humanities Underground, Yawp Journal, RIC Journal, and Wion.

Rongili has recently finished writing a novel on nineteenth- century French literature and Gustave Flaubert. She is the winner of two literary awards. Her novel That Jahangir who disappeared from custody has won the prestigious 'Bangla Academy' award (2015) and one of her stories, ‘The Ballad of the Palm Trees’ has won the 'Katha' award (2005) (the best story of a year in a language in India). She was also one of the finalists at the Iceland Writers’ Retreat, 2023 Award and was an awardee of the Can Serrat Writers’ Residency, Spain in 2017. An economist by profession, Rongili has published widely in development and public and political economics.